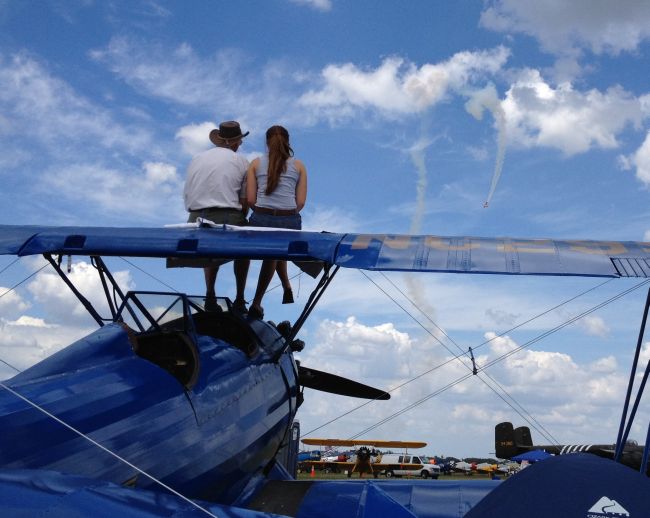 I started this post last Wednesday (March 27) but got too busy to finish it so here are some cool things I found mid-week at Sun ‘n Fun 2012. Hump day meant literally humping around the grounds looking at lots of airplanes. I also talked to two women who certainly epitomize the aviation spirit, a man with eight airplanes and a bus, and a guy named Herb who had all the answers, just not the ones you expected.

After attending a press conference for a fancy $800 GPS receiver that pipes weather to your iPad, we were treated to lunch as a well-fed media is much more likely to write nice things about you on a full stomach. I went for the pulled pork. Then my friend Steve and I hustled over to the Women in Aviation building to meet two Women Airforce Service Pilots (WASPs) who had distinguished themselves during World War Two. 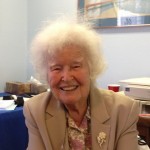 Dora Dougherty had a distinguished career with Bell Helicopter after WW II where she was one of only two women to be qualified on the B-29 bomber. The next day after this picture was taken she would fly in a B-29 for the first time since the war.

Dora Dougherty is the last living WASP to have piloted a B-29, and she is in rare company since there were only two in the first place. You can read more about her experiences at Sun ‘n Fun here.

Maybelle “Barry” Vincent Smith was from a small town in New York State, but followed her brothers into flying, first by taking lessons at her local airfield and then becoming accepted into the WASP program. The charm and moxie that allowed her to achieve a job as a maintenance test pilot during WW II is still evident today as she flirted and joked her way through our conversation. Extended audio interviews of both women are coming soon.

Part of the repeat allure of fly-ins, especially multi-day ones like Sun ‘n Fun and EAA AirVenture, is camaraderie. Aviators and aviation enthusiasts are generally nice people and if you show up to a place having forgotten an essential item like a toothbrush, or quart of oil, or maybe your plane breaks; usually there is someone nearby willing to go an extra five miles to get you on your way.

At night in the campground people are gathered around fires or tables chatting and sharing beverages. We had flown down to Sun ‘n Fun, but couldn’t bring any beer due to weight considerations. The one negative of the campground is usually the store, and the one at Sun ‘n Fun was selling 12 packs of beer for $11.95. So Tuesday night we walked off into the darkness listening for the loudest party, hoping for beer charity. 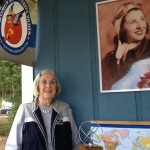 Barry Smith was a WASP that flew AT-10s, a multi-engine trainer, during WW II. Her wartime photo is to her left.

The first place we stopped featured approximately seven folks seated in a circle under an awning attached to a vintage looking coach bus. It only took us to ask if they had beer and within seconds we had cold canned carbonated barley in our hands. As we got to talking, we soon learned that the owner of the bus was a man named Mike Araldi, who owns the Greenswamp Aerodrome in Lakeland, Florida.

Mike is a true tinkerer as he owns no less than eight airplanes and now the aforementioned bus which is a 1951 commuter bus used for suburban routes. Araldi bought the bus from the side of a road for $1200 and sunk another $2500 in to convert the inside into a very nice looking RV complete with bed, shower, kitchenette, and more. He even found a bus driver hat and coat a la Ralph Kramden to wear while operating the bus.

Of the eight airplanes Mike has, one stands out, a beautiful 1938 Cabin Waco which belonged to Trans World Airlines (TWA) and served as its corporate aircraft. Araldi acquired the plane several years ago and he and several volunteers spent hours restoring it to mint flying condition. 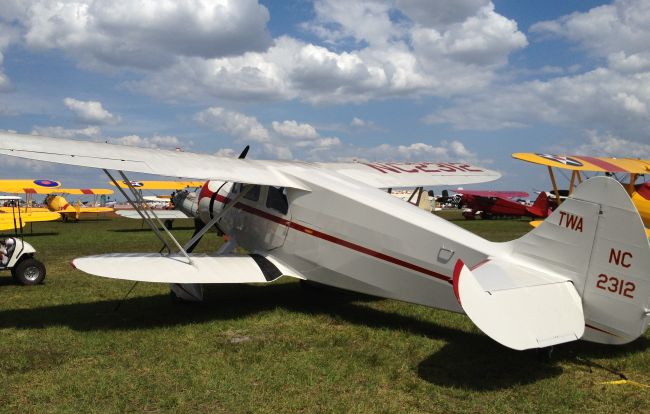 We found Mike Araldi’s plane in the Vintage Aircraft Parking area, and after doing some brief air show viewing we retreated to the Vintage Headquarters building for some lemonade to combat the Flordia heat which was challenging, even in March. Inside we found Herb “The Answer Man” seated at a table. At large fly-ins many of the answer booths and tables are staffed by longtime veterans who consider it a badge of pride to be able to answer anything about the fly-in or where to find something on the grounds.

I didn’t have a mystery for Herb to solve so I asked him where he was from and he said, “Northern Ohio”. He then asked me the same question and when I responded “Wisconsin” his eyes became alive and he started talking about the recent earthquakes in Clintonville (north central Wisconsin). He told me to be careful since that was just the beginning. He then pivoted to sunspots, solar flares, and the Mayan calendar, deftly tying it all together. I have to say it was an answer, even if it wasn’t the one I was looking for. 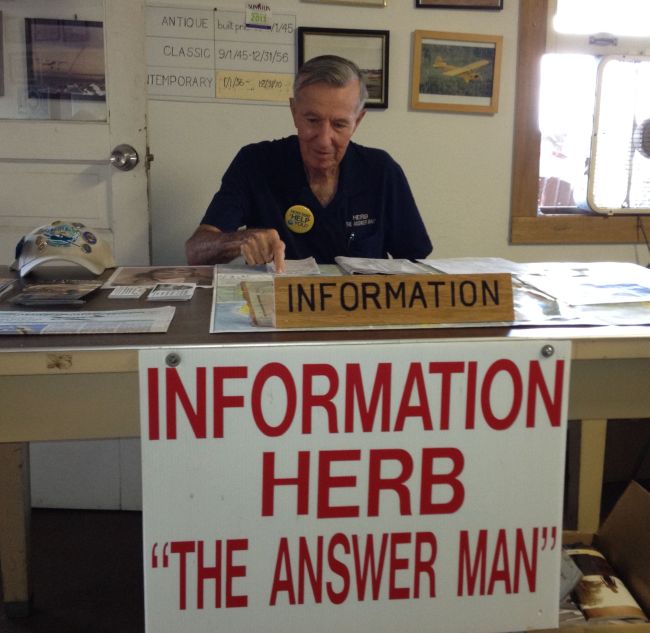 Herb “The Answer Man” had plenty of information to give, some of it was about airplanes, but he only talked of solar flares and earthquakes to me.