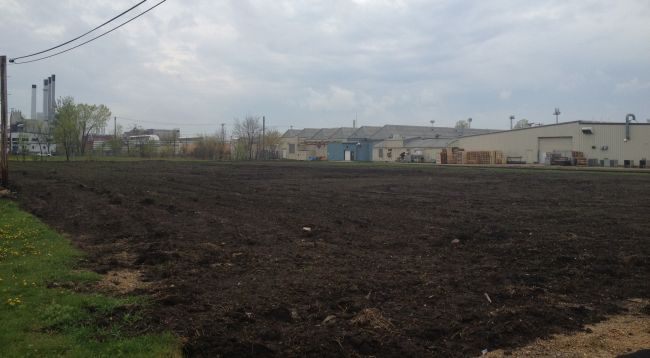 Madison’s Central Park has been approved for its first official structure, restrooms. Earlier this month the Urban Design Commission approved the $600,000 structure which was designed to jive with an “Art Approach” the concept that will shape the entire park, blending Madison-style park activities, the natural glacial geography of Madison, and the industrial tradition of the corridor. It reminds me of my first act of civil responsibility when I was maybe seven, I too advocated for restrooms in a park and I wrote Mayor Soglin a letter…wait a minute, is he still Mayor?

Porta potties as I was taught to call them; came to Orton Park due to my single letter writing campaign which somehow landed on Da Mare’s desk. You see my friend and I loved Orton Park and we were there most warm days since it was only a two-block walk. But inevitably the excretory system would hold sway and those two blocks seemed awfully far away and threatened our mirthful play.

The poo heard round the world took place behind the gazebo in the distance.

My friend on this one day in the park had to do number two and there was no stopping him; and an unsuspecting tree became his latrine. I am not sure what beyond these few details I told my parents, but I guess soon after I wrote a letter asking for bathrooms in Orton park so my friend wouldn’t have to poo behind a tree.

Some days after that, I was summoned into an upstairs room where mother was listening to the radio. It turns out Mayor Soglin was reading my letter on WORT, the local community public radio station. I am not sure if it was on that program or soon after, but he pledged to put an porta potty in Orton Park and there has been one in the park almost every year since.

Back in Central Park…

Artist Lorna Jordan, who is funded in part by a grant from the National Endowment for the arts, is working with the park design team to create the park’s first building. Aside from the restrooms and storage the 1,000 square-foot building will provide; Phase I will also include the other beginnings of the park such as walkways and trails for pedestrians and cyclists as well as safety improvements for the railroad tracks that sweep through the site.

“The building is conceived as an extension of the Art Approach, and as such, is more than a simple block building within the park setting,” local landscape architect Ken Saiki told The Capital Times.

The main portion of the $14 million Central Park will feature trails, structures and amenities designed with Madison’s cultural, natural, and industrial traditions in mind.

The restrooms will be located on the west side of Ingersoll Street where the city paid $1.6 million for an industrial property that has since been torn down. Phase I also includes a skate park and fundraising to finance its construction is underway. The $14 million project that will create a natural space from the Yahara river to Blair street has been a dream of neighborhood residents for years but so far has only boasted a warm weather farmer’s market.