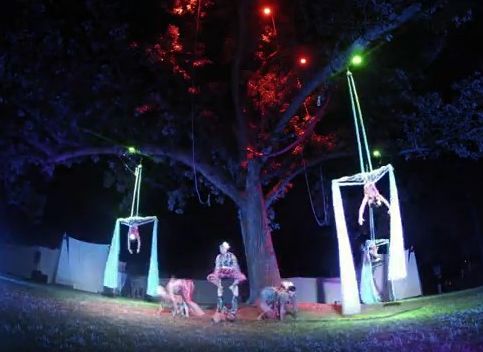 “I went last night. It was breathtaking, beautiful, thrilling-at times, jawdropping. As we used to say, back in the day, ‘It blew me away’, said Atwood resident Dan Melton after viewing Kodama.  “When I shut my eyes to sleep last night, I had pictures of the performance swirling in my head. Still do, this morning.”

Dan advises folks to get there early with a blanket and try to find a spot just north of the basketball courts to get a possible lighting assist from the moon which may poke through the trees.

Cycropia Kodama in 2mins from D.M Hughes on Vimeo.