Residents can avoid wireless meter, for a price 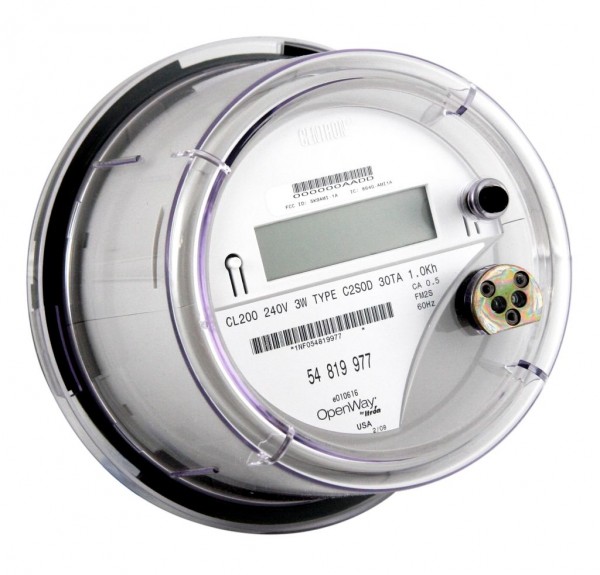 An example of a smart meter that measures and transmits electricity usage. Corix will be installing transmitters that will broadcast the reading of your currently installed water meter.

Concern over the new proposed wireless water meters to be installed by Madison Water Utility were aired at a two-hour public meeting Monday (September 24) at which the city department presented an opt-out plan for those who may not want the transmitters in their homes.

Dan Melton, who chairs a Schenk-Atwood-Starkweather-Yahara Neighborhood Association committee on water issues reports that 22 water customers spoke (60 were registered to speak) about the new radio frequency (RF) transmitters, how installation has gone so far, and an opt out policy the Utility is proposing. 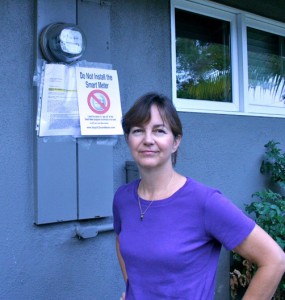 In California, there is opposition to new smart meters for electric use with some residents refusing the new meters over health and privacy concerns.

Madison Water Utility has hired a contractor named Corix which will install a transmitter (ERT) inside the home, typically in the basement. It is not a meter but a transmitter that electronically transmits readings from the meter that is currently installed.

Customers have the option of having it installed outside of their home but there would be a one-time $50.69 charge. For customers that do not want the ERT device at all the Utility is proposing a $15.42 monthly charge ($185.04 per year) for a manual reading by a human.

Corix is being paid by the City just short of $2.8 million to install the meters which Madison Water Utility Spokeswoman Gail Gawanda says are now being used by 20 percent of the utility’s 67,000 customers. Over the next nine months the project will be completed and the City’s three on-staff meter readers will eventually be retrained into other positions.

Corix is a large multinational utility contractor conglomerate that has business operations in water and wastewater infrastructure design, construction and implementation, metering design, installation and reading; plus additional control systems in the oil and gas industry. The Corix Group of Companies have corporate offices in Vancouver, British Columbia and Milwaukee. The company’s U.S. water utilities operation is headquartered in Wauwatosa.

Two homes in British Columbia experienced fires that started where a smart meter was installed by Corix.

The issue of smart meters is not just a case of Madison people squawking about errant radio waves. The concerns are more widespread as a battle has been waged against several types of smart meters in Canada and California.

In Canada fires have been linked to smart meter installations. Two homes in British Columbia experienced fires that started where a smart meter was installed by Corix who say their installers are supervised by a licensed electricians. But a local BC union electrician said that is risky since the installers are ill-equipped to spot all the potential problems when a new meter meets an old or damaged mounting point on a house.

It should be noted that electric meters use a much higher voltage than the water meter transmitters that are being installed in Madison homes. So far there is no evidence that the ERTs that will be installed would pose a fire hazard.

Until now the City had no plan to allow customers to opt-out of the new water metering plan but is now asking the Public Service Commission to apply their opt-out policy statewide, once it is finalized. The citizen group Stop Smart Meters Wisconsin has been active in the local effort to bring about an opt-out program.

The city has good reasons to modernize its metering system Utility General Manager Tom Heikkinen told The Capital Times. The streamlined metering will allow the Utility to raise rates over the next 10 years to pay for needed infrastructure improvements. Gawanda adds that the Utility is only able to raise money for capital expenses from revenue from water use.

Dolores Kester, lead citizen on a petition to the PSC, said Monday the City should not bill those who opt out an additional fee. She said if the Utility does proceed with plans to charge a fee, she recommends, as a compromise, a “15 by 15” approach: A $15 one-time charge to install the box on the outside of your home; or, if you don’t want a box at all, $15 per quarter (total $60 per year) for someone to come out to your home four times per year to confirm the reading.