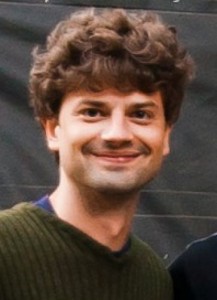 A report following the Madison Police Investigation into the officer-involved shooting of Paul  Heenan on South Baldwin Street on November 9, 2012 has been released. Officer Stephen Heimsness, while responding to a 911 burglary in-progress call, shot Heenan three times after they had briefly struggled.

The details of that night have been somewhat in dispute leaving some neighborhood residents uneasy about police policies and transparency. The Dane County District Attorney’s office cleared Officer Heimsness of any criminal culpability, and the police department said he did not violate any policies in the process of executing his duties.

That is little solace to friends and family of Heenan who have called for an independent review of the incident and a change to police policies. The events have touched off various initiatives in the neighborhood to heal what is still and open wound for many in the area; however some have remained openly hostile to police motives and transparency efforts so far.

According to District 6 Alder Marsha Rummel the report was released as part of an open records request and first reported by The Daily Page which has posted the entire report plus a response letter regarding the records request, the Madison Police employment record of Officer Stephen Heimsness, and the full report on the 2006 shooting involving Officer Heimsness, and 252 evidence photos.