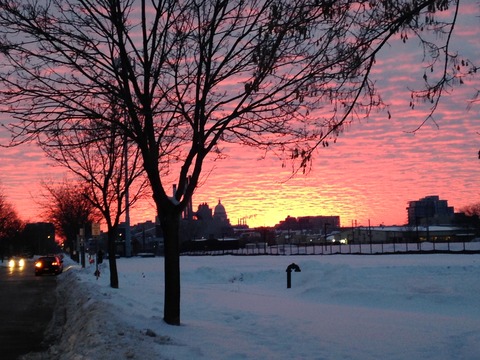 I was strolling past Central Park yesterday morning on Wilson Street to get a better view of the progress that has accelerated in the past few months. All the pathways are in along with lighting and benches from Brearly to Baldwin Streets. The restroom facility is still under construction but all that seems left is the exterior treatments as the basic structure, including it’s undulating roof, is complete.

I noticed that on the west side of the restroom building is wide circular plaza ringed with benches and imagined what a nice area it will be on warmer days. I thought to myself that I should take a picture but never got it done. But thanks to resident Dan Cornelius, who took a stunning picture later that day, you can all see what sunsets in Central Park will look like for years to come. 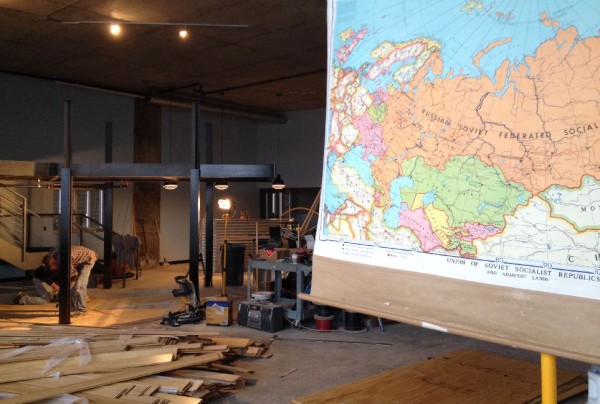 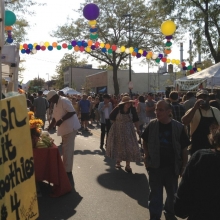