Cold has slowed some work but August completion deadline is solid 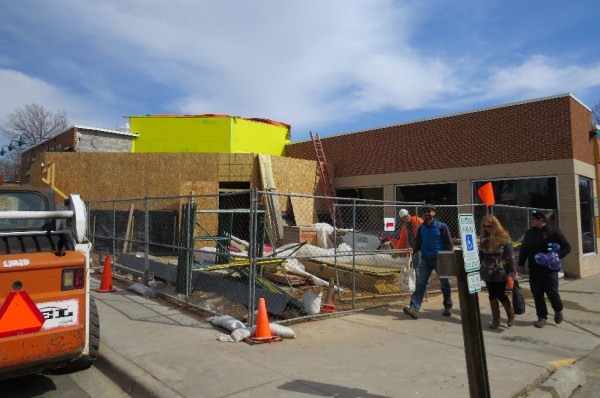 Work on the exterior of Willy East has been slowed by the extended cold this winter.

Last summer Willy Street Co-op management put forth a referendum to members to approve an additional $2 million in expenditures to the already approved $2 million for needed repairs and expansion of their Willy East location.

With the concurrence of the membership, the Co-op has launched head-long into the project and noticeable changes are taking place. The cold has slowed progress on the outside but changes are humming along on the inside as evidenced by a large tented area in the middle of the store that, during a recent visit, appeared both surprising and mysterious. 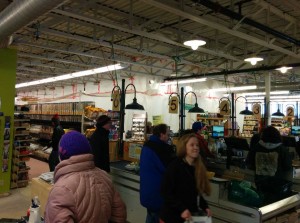 Co-op staff has had to shuffle product as the floors get replaced.

At the least, the Co-op needed to pursue deferred maintenance projects that have evolved over the 15 years they have occupied the present site, formerly the Eagle’s Club. (I have resisted from time to time rolling my bowling ball in the deli area)

The membrane on the roof will be replaced, as well as the sales floor, an improved Heating Ventilation and Air Conditioning (HVAC) system, improved refrigerated storage, loading dock, and staff facilities such as bathrooms are also part of the plan. (there is only one dedicated for staff at the moment) Plans for a second floor were abandoned early in the planning as cost prohibitive.

With the additional funds come improvements to the exterior and a reimagined sales floor and commons to include: an expanded cheese section, a hot bar in the Deli, a more conveniently located Juice Bar, adding seating in the Commons, improving Americans with Disabilities Act (ADA) accessibility as well as the possibility of a meat counter and more bathrooms at the front of the store. 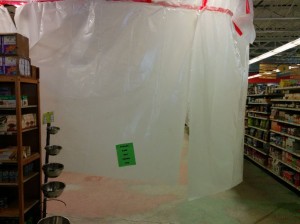 Depending on the day, various areas of the store appear to be shrouded in mystery.

The Co-op pledged throughout the project to maintain high levels of sustainability in recycling of construction materials as well as improved energy efficiencies from the upgrades.

As the project has progressed the Co-op has provided weekly updates both in-store and online of how products have migrated around the store.

The handy FAQ on the Co-op website states that it will take two to three years to recover the debt incurred from the project as well as rebuild their cash position. Additionally, the Co-op says that the expansion will not hamper their plans to pursue a third location in the future. Willy Street Co-op Director of Communications Brendon Smith took a few moments to answer some additional questions about the project.

WSB: How are things going? Ahead or behind schedule?

BS: Things are going well, although we’re a little behind schedule due to the frigid temperatures over the winter and some challenges grinding down the floor. At this point we still plan to be done in August.

WSB: What is left to do?

BS: We have to finish the work in the center of the store, build the new Juice Bar, construct the new entryway, remove the bathrooms and build three new bathrooms, do the exterior work. We’ve been in 1221 Williamson for 15 years now, so some of the work was simply maintenance work that had to be done, but we’re also making significant improvements. There’s a fair amount of work left, but the results will be wonderful. 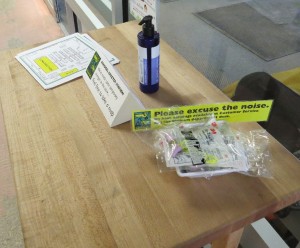 The Co-op leaves no detail behind in tending to the needs of the sometimes demanding residents of the Near East Side.

BS: It’s a major construction project, so of course we’ve had some surprises! The extreme cold made working on the exterior (with the frozen ground and temperatures too cold to work with some materials) difficult at times. The flooring material has taken longer to grind down than we’d anticipated.

WSB: How are the members adjusting?

BS: Our Owners have been extremely understanding and patient with the process. Their support has helped us get through the inevitable stresses in a major remodel like this one. We’ve noticed that the number of customers shopping at Willy West has increased by about the amount it has decreased at Willy East, so some are clearly choosing to shop at our westside store instead of braving the construction. We’re just happy that they’ve continued to shop at the Co-op, no matter what store!