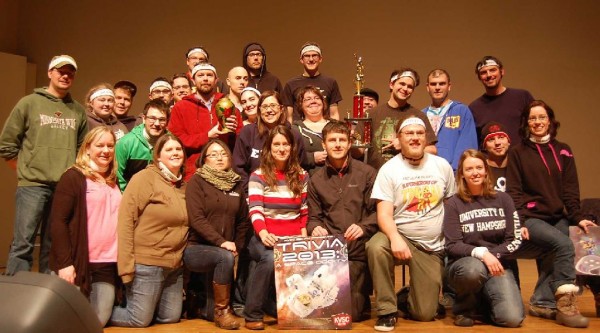 Dream, Diesel, Learned Pigs are perennial front runners in the last 10 years with each dominating for several years at a time. The winning margin seemed yawing compared to last year when Learned Pigs beat Mustache and Stefan’s Dream by 25 points and 30 points respectively. It was the closest finish in contest history.

You can see the results of this year’s contest here as well as the history of the contest since its beginning in 1980.

Below is a summary post of the Liveblog we maintained during the contest. We will be adding to this as more videos and images come in. Be sure to visit Goatposse.com to see all of the completed audio and video productions including an interview with retired NASA Astronaut Clay Anderson.

Hour 1: The natives are partially restless

Hour 1 started normally, until teams realized that the info line could not read-back common spellings to teams. Meanwhile in the studio Jo McMullen and Cheyenne trucked through Hour 1 on the air. See what it looks like from behind the mic. 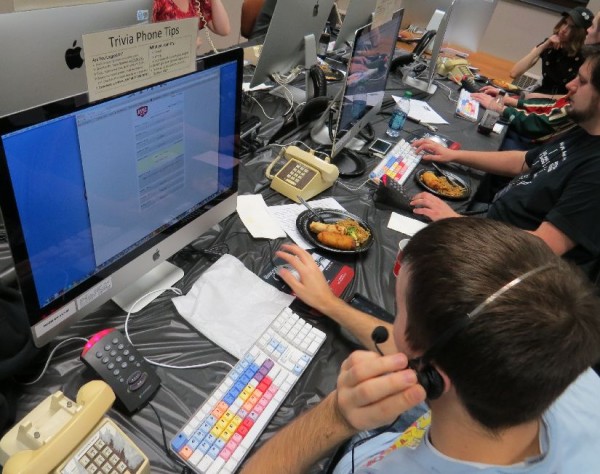 The Phone Bank was humming in the first few hours. See what happens on the other end of the line. View the Gallery here

Voice acting by a real Pro

The Goat Posse’s Phal gets deep into character for a Star Trek themed promo during Trivia 2013: A Space Oddity.

Inside the House of Hamster 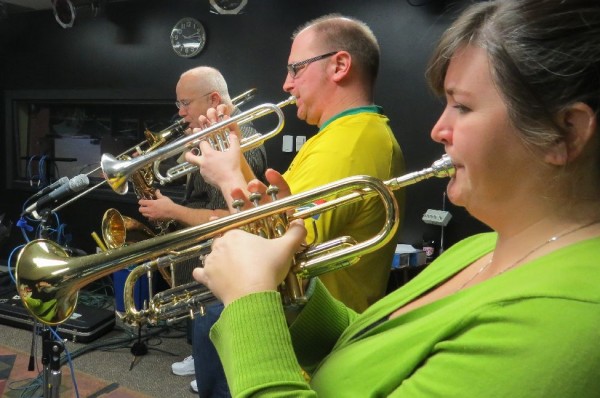 We take a peek into the studio as the Hamsters prepare another song to debut later on Trivia Saturday. View the photos here

The popular Sesame Street characters the Yip Yips made a visit to Trivia and worked the phone bank. See how the Posse puts together their skits. Voice acting by Phal, Bear, and Princess Buttercup. Directed by Dude.

The Posse: A photo essay 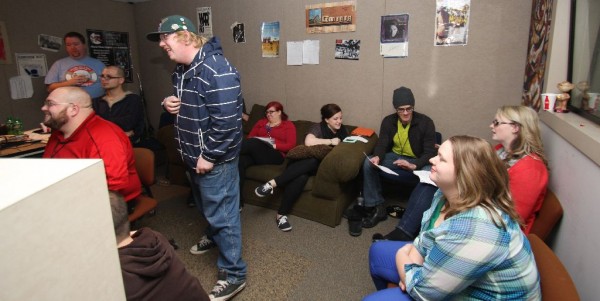 The Posse is staying busy as eight productions have already been aired. The Posse has been busy producing original audio, hosting Trivia shifts, and raising general mayhem with the other student media arms. View this gallery to see what we have been doing and try to avoid being trampled.

In a follow up to their debut single “I Just Had Corn”, the Goat Posse has finished their second Lonely Island parody “Major Digression”  and will debut it during Trivia’s Classic Rock show. Writing on the song started Friday night and the first tracks were laid down Saturday night after the Hamsters vacated the multitrack studio for the evening.

The Rhyminister, Dude, and Phal returned on this track, and was joined by newcomer Tricky D whose nimble delivery rolled his words through the club like freight train. Check out this snippet of the Rhyminister laying down his lines.

A Visit to Stephan’s Dream and Voodoo/Panties

KVSC-FM station manager Jo McMullen along with the Goat Posse’s Capt F. visited Stefan’s Dream XIV: Stefan’s Re-Entry Saturday night to see how their team is handling first place in the standings. Earlier they stopped in on long time teams Voodoo Dolls and Panties Waaay Too Tight which decided to merge this year. KVSC Station Manager Jo McMullen stopped by to ask them how the new team was doing.

How Hamster magic is made

We took a few moments to drop in on the Hamsters Saturday while they were rehearsing their new single “Stupid Guy” set to the music of “Superfly”. The song debuted later that night. Here is the full band practicing one last time before pressing a record.

See photos of the Hamsters in action here

Hamsters rock The Red Carpet as McMullen-Boyer Dances for Dollars 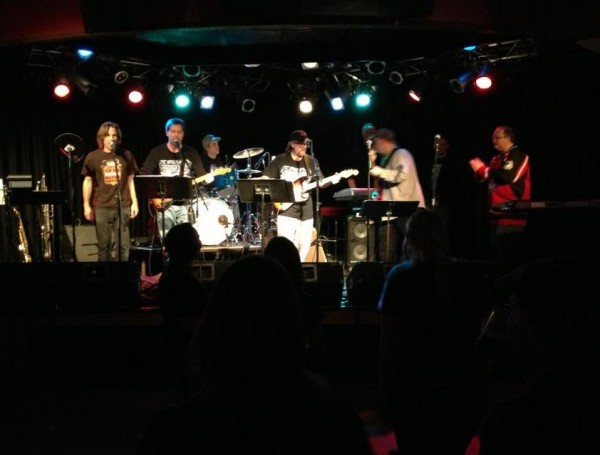 Trivia 2013: A Space Oddity finished in fine style at The Red Carpet with the Hamsters covering tremendous territory in a nearly four-hour show. Over the course of the weekend Trivia’s in-house band blasted out seven songs including “The Tale of the Trivia Blizzard” (set to Gordon Lightfoot’s “Wreck of The Edmund Fitzgerald”) which was actually a re-recording of this tune since the original, recorded by Nature Hamster years ago on CART, was lost.

Even if the CART copy of the song was still around its questionable in this digital age KVSC had a working CART machine in which to retrieve the song. However Jeff Engholm (featured on keyboard in the video below) did some digging and located the lyrics to the song and with modern technology the song was re-recorded this past weekend.

During the Hamster’s peformance at the Carpet, KVSC Station Manager Jo McMullen-Boyer was pressed into fundraising mode by the band. She was called to the floor to participate in a wedding-style dollar dance and around 10-15 people lined up as the Hamsters played a melody. Jo’s husband Dave Boyer kindly served as enforcer, tapping the shoulders of the dance partners after an undetermined interval that it was time to move on. 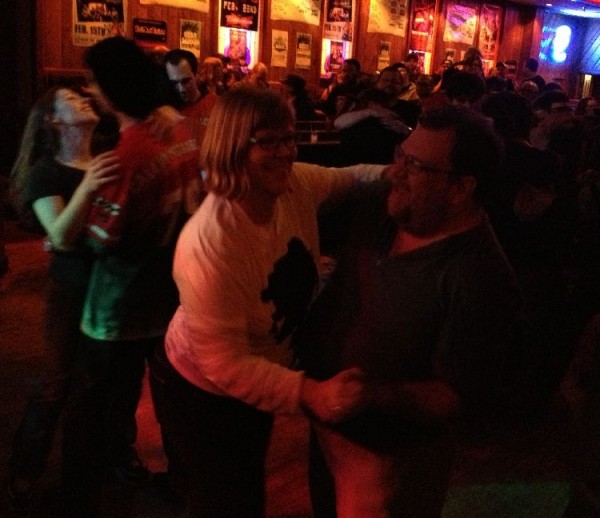 KVSC Station Manager Jo McMullen-Boyer performs an impromptu dollar-dance to raise a bit of money for the station.