District 6 Alder Marsha Rummel, who has been in the center of the action of many large developments on the East Side said that 722 Williamson was a unique site that currently is occupied by parking lots which the neighborhood agrees is “wasted spaces” and deserves a higher purpose. Yet it seems the height of the project will be the main stumbling block.

“It’s the first time it’s [Willy BUILD II] been tested in 10 years. We haven’t had any development,” Rummel said. “I told Jim [Bower of BDG] ‘I want to know what it would look like if it fit the plan. Until you show me what you could do that fits the plan. I don’t know what you are showing me is the best way’.”

Rummel went on to say that Bower suggested they could reduce the floors by two stories which reinforced what she had learned serving on the UDC is that “..there is always more than one way to do a building.”

Along Williamson Street there are limits and standards for remodels and new construction. In the 700 block, most portions limit new construction to five stories with up to two bonus floors if the developer can make the property affordable for low income residents, improve parking and traffic flow, or prove the design makes some other real contribution to the neighborhood that would offset an increase in size, height, and scope beyond the limits.

Rummel said one worthy trade might be on the affordable income units. Currently, BDG is proposing 12 percent of the units at 60 percent of Dane County median income (based on WHEDA statistics) with the rest of the units being offered at market rates. Alder Rummel uses a slightly different calculation using  Area Median Income (AMI) which varies by size of household. Spending 30 percent of income on shelter is considered affordable. A one person household featuring a minimum wage earner may top out at $15,000 gross and afford $377 per month rent.

Some neighbors have expressed complete opposition to the project, however many more have concerns on various aspects but may be supportive of it going forward if changes were made. Most all, both at the meeting and from published comments, the character of the neighborhood was paramount. Jim Bower, Principal of the Baldwin Development Group, says the process has been very helpful.

“The hope is that this will be a building that his here for fifty or one hundred years so slowing it down just a bit to further deepen the conversation and figure out if there are solutions to the concerns that are being raised is an important thing to do. ” Bower told Willy Street Blog.

MNA Board Member Anne Walker who has extensive rooftop gardening experience was concerned about the amount of water that would be used to sustain them.  She noted that the rooftop gardens, while pretty, are “Easy Bake ovens”. She also noted that the large shadow of the ten story tower would cause icing problems on the bike path in the winter.

Daniel Grossberg, who has lived downtown since 1982 recently moved to the The Livingston, a mixed-use development with condos on the 800 block of Williamson, says residents like himself make decisions about living in a neighborhood based partially on documents like Willy BUILD.

“Having a ten story and a seven story building in front of my space, that’s not something I anticipated. Based on the fact that this is a historic district and its zoning and my expectations in the neighborhood.” Grossberg said. 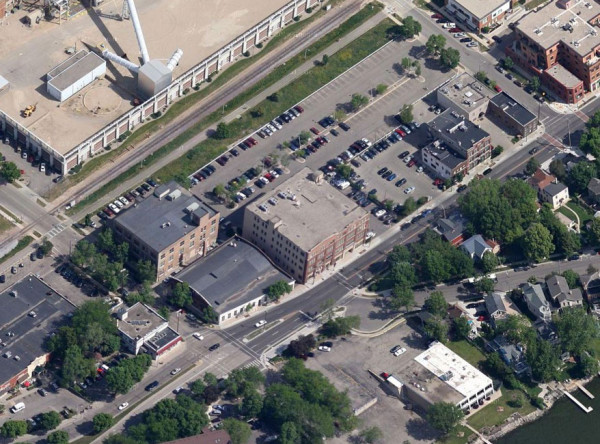 The proposed development site in its current form. Courtesy: Google

While this may be the first test drive for the Willy BUILD plan, some are already wanting to tinker, saying its outdated. Lindsey Lee, Chairman of MNA P&D, has publicly supported the project, but turned over the chair of the meeting to MNA Board Secretary Michael Soref for the sake of impartiality. He felt that new perspectives were needed in the planning document.

“Of course the BUILD Plan, this is the plan. Any deviations from it will require special consideration from the city or else they can’t move forward,” Lee said.”If we say that this is decided 10 years ago, that means that people may have left the neighborhood or passed away get all the say. We can also decide..can we go beyond it? And can we have other voices…even though the burden of the argument is on those who want to go beyond the plan.”

John Martens who owns the Madison Candy Company building adjacent to the proposed development says while he wants the right kind of development next door his agreement for collaborative development with BDG lasts until spring of 2015. Beyond that he would have to pursue improvements to his building on his own.

“I’ve been pondering development schemes for these properties for 20 years having owning [sic] the building next to it,” Martens said. “I walked away form it three times this year early, until it reached a level of architectual quality and neighborhood engagement that I felt was significantly superior than I had seen in the past. I have a vested interest, but I also have a vested interest in this neighborhood and that’s where I make my decisions.”

Gary Tipler, a local historian who has chronicled the architectual history of the Third Lake Ridge Historic District, defended the relevancy of the Willy BUILD plan saying it took over two years to publish. “This [Willy BUILD] is significant and perhaps we should revisit it. But lets do it in a comprehensive way and not challenge it with this project, I think that would be a mistake.” Tipler said.

Peter Wolf, who has lived on the 900 block of Jenifer for decades is a regular attendee of the MNA P&D meetings. His concerns have to do with what kind of area does the neighborhood want lower Williamson to be.

“This is a historic district…the PD committee is preservation and development. Preservation is first as a historic district, we [the neighborhood] have made that decision…height in the BUILD II plan is the primary thing, ” said Wolf. “This is planning not just for this one project but for the whole area. If we don’t do that, and letting this one project be the tail that wags the dog on this, we’re gonna be really sorry potentially.”

A seat at the table

The MNA P&D Committee is all-volunteer and while Lee is designated chair, voting membership is open to whoever shows up. For that reason the sub committee was formed to prevent a misrepresented vote on this project based on attendance alone.

Because developers have to follow the guidance of City committees, Rummel advised that the neighborhood work with BDG early in the process so that they can weigh-in on changes advised by the City. Curt Brink, owner of the Brink Lounge said that if City committees  know outside entities like neighborhood associations are doing the heavy lifting of vetting these developments they are more likely to control the pace of the process to allow all the input to be considered. 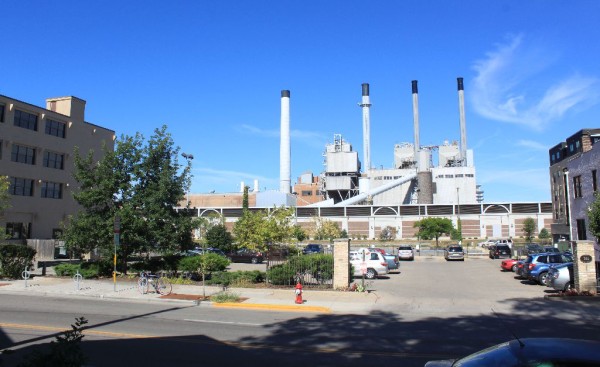 How the site currently looks today. Surface parking lots and the MG&E power plant are the primary features.

Jim Bower says their first step will be to make an informational presentation to the UDC Wednesday (September 25) to get some initial feedback that would be useful in further discussions with the neighborhood.

“I think the neighborhood is critical to the conversation, that’s why we have had very limited conversations with the City,” Bower responded when asked if BDG would work with the subcommittee. “This is a critical piece of the puzzle.”

Bower adds that the challenge in a project like 722 Williamson is getting a consistency of voices when working with constituent groups; working with the dedicated subcommittee would provide a working flow and “history of conversation”.

The MNA P&D agreed to name ten members to the subcommittee, representative of all viewpoints on the project and will be chaired by Bruce Woods who formerly served on the UDC. In addition to Woods the committee includes: Joshua Clements, Anne Walker, Lindsey Lee, Daniel Grossberg, Gary Tipler, Curt Brink, Steve Gallo, Peter Wolff and Mike Soref. John Coleman, a regular participant in P&D meetings will be invited to join the committee as well. Times and place to be announced.

Joshua Clements suggested that the committee make sure it’s interaction with BDG is not confrontational but collaborative. Curt Brink offered space in his design center in the Mautz building for the committee to do its work. The committee is aiming to have a recommendation for the MNA Board by November.

BDG will be presenting the project at the MNA Board  monthly meeting Thursday, September 19 at 7 p.m. at the Wil-Mar Neighborhood Center. The P&D Committee will recommend to the Board that it communicate with UDC that MNA has various issues with the project but is fully engaged with the developer to resolve them and to expect a final recommendation in near future.

Update: Corrects the name of the building occupied by Daniel Grossberg