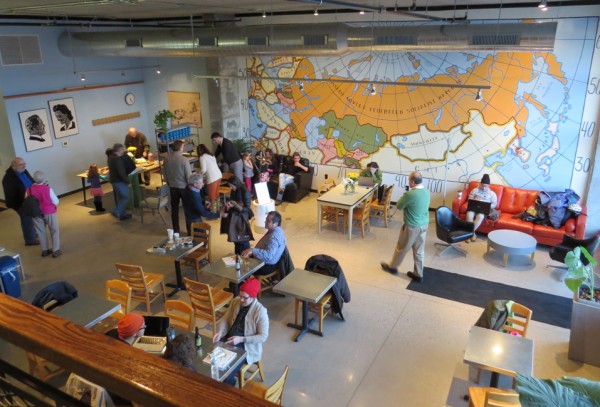 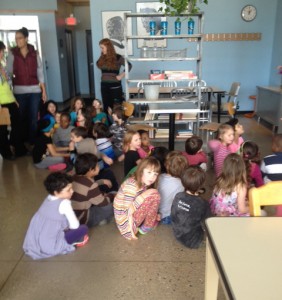 Some of the 150 Lapham Elementary students gaze at the large mural on the Cargo Coffee wall. Courtesy: Kimberly Wilson

While there is plenty of evidence that the event did happen, based on the response from one city department to our query, a little bit of mystery about the incident remains. In a letter to parents, Kapp said that the Madison Fire Department, Madison Gas & Electric and school district officials responded to the event.

However, Madison Fire Department Spokesperson Laurie Wirth says they have “no record of a run to this address”. In a follow-up email Wirth said that she double checked department records and spoke with the station that would have responded to a call if it had been made.

Wirth says she also spoke with a Lapham custodian who confirmed that there was a gas odor detected, and that MG&E was called. Wirth added that since no alarm was initiated, MFD did not respond.

Kapp says that after an inspection was concluded the students and staff were allowed to return just after 1 p.m. and the school resumed normal operations . For their part, both Lee brothers were very happy to extend their help to the neighborhood school with Lynn remarking, “The teachers and the kids were just great…Every day I’m reminded how lucky we are here in Madison”.