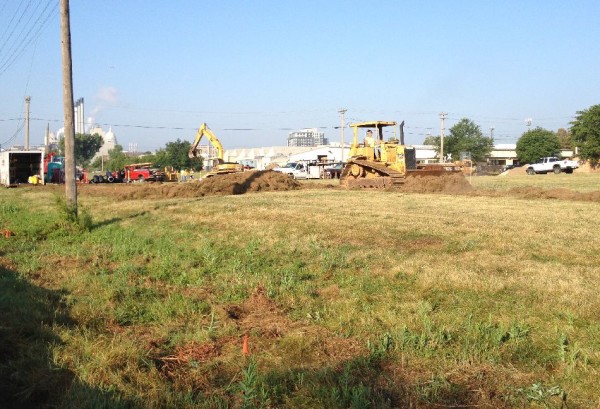 It is not the first time music events have been held in Central Park, La Fete de Marquette was held there in the years when it was first designated as a park, but newly announced summer concerts will mark a milestone. It will be the first organized music events since construction began to convert the space into the vision long held by the city and boosters.

That vision will continue to evolve, but since ground was broken last summer an artful restroom facility has been completed and large amounts of dirt has been moved to create small undulating mounds that are wrapped paved paths and punctuated by benches that are so new they are still wrapped in plastic.

Central Park has always been intended to be a place for neighborhood events. While it has yet to be decided whether some of the traditional festivals will move some of their events there in the future, Bob Queen is forging ahead. Musical events have always been Queen’s forte and focus during his stewardship of the Marquette Waterfront Festival and Orton Park Festival.

For Central Park Sessions, which will take place on Thursday evenings, Queen has organized the music around three themes, Pan Africa Night, Blue Moon, and Don’t Mess With Texas. Each concert night will feature chairs and tables on the great lawn for attendees along with food and drink. Proceeds will benefit series partners WORT-FM and the Urban League of Greater Madison.