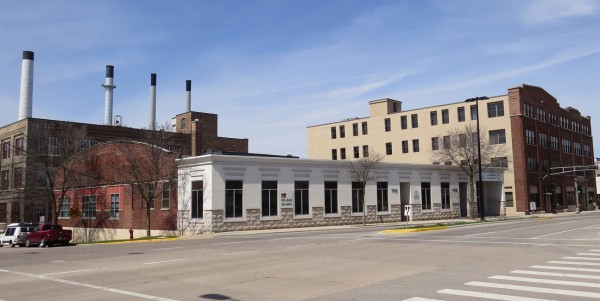 MNA argues that at 72 feet, the proposed building would be two stories taller than the Olds Building (54 feet) at 714 Williamson and twice the height of the McCormick-International Harvester Building, which is on the National Register of Historic Places

“In an effort to protect the historic integrity of Williamson Street, the city-approved BUILD II plan for the 600-1100 blocks of the street limits the height of new construction on the site in question to 5 stories or 54 feet, whichever is lowest…The new zoning code assigns the category Traditional Shopping Street (TSS) to the 702-6 Williamson site. The stated height limit for this category is 3 stories, with the provision that Building height exceeding the maximum may be allowed with conditional use approval.” — MNA Letter to the Landmarks dated May 5, 2014.

The building that The Rifkin Group seeks to demolish was built in 1926 and its Williamson Street frontage received an upgrade in the 1950s. Because it is located in the Third Lake Historic District, any demolition permit must be carefully considered. The one-story brick building was industrial in origin and features a low curving roof toward the rear of the property. 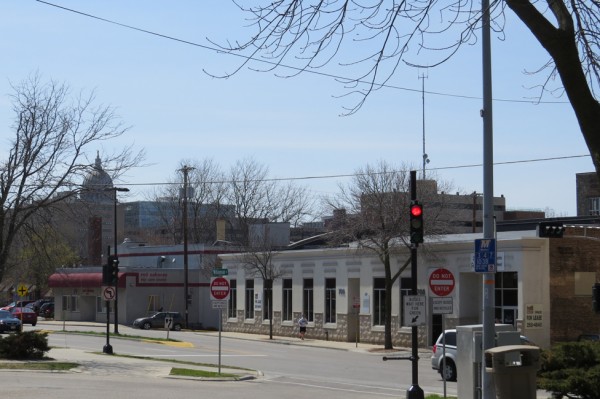 MNA is concerned that the height of the proposed building would block out capitol views from the 700 block of Jenifer Street.

The historic nature of the structure is the first part of what Landmarks must consider in granting demolition; the second is what is to be built in its place. To this question City staff felt the proposed building met the standards and would fit well architecturally with the other building in the VRA, however it asked Rifkin to make some small changes to the height of the windows on the top floor as well as the look and type of masonry on the outside of the building.

“The rhythm of solids and voids in the street façade(s) of the proposed building are generally compatible with the buildings in the VRA,” according the staff report. 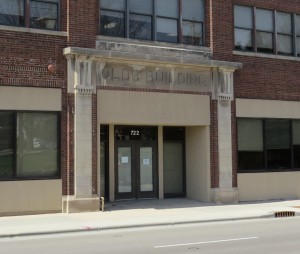 Landmarks may require that the first floor windows terminate at a low wall like the ones on either side of the entrance to the adjacent Olds Building.

Additionally, to match similarly the design of the adjacent Olds Building, the windows on the first floor must end at a low “solid wall or base” instead of extending all the way to the ground.

The staff also requested that standard or queen style bricks be used on the exterior, however large format masonry may be used on exteriors blocked by other buildings. The report has asked that Rifken bring materials samples to the Landmarks Commission meeting today.

Marty Rifkin, founder & president of The Rifkin Group tells Willy Street Blog that they have changed the project based on suggestions from both Landmarks and MNA, however some of the MNA changes would alter the quality of the project.

“We really appreciate the neighborhood’s input, we actually had a lot of good ideas from them we’ve made changes that meet some of their criteria…they’re wanting more than we can afford to do,” Rifkin said.