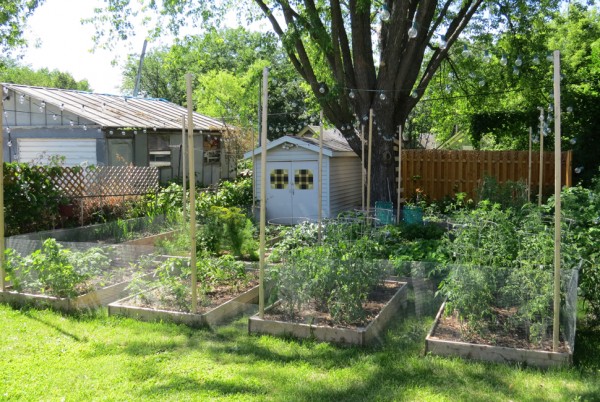 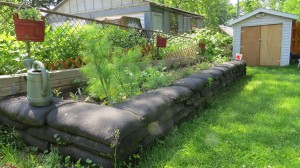 Grampa’s Pizzeria planned to harvest ingredients from the beginning when it opened a year ago. Owner Gilbert Altschul spoke fondly of his time cooking at a restaurant in San Diego where they could run out to the backyard garden year-round for fresh ingredients.

Previous owner Larry Gleason, who operated Grampa’s gun shop (no relation) prior to Altschul acquiring the property, had a small but memorable garden in the backyard along the fence line, mostly because it was a raised bed reinforced by sandbags.

Last summer, Altschul took advantage of the space and started a small garden but definitely had bigger plans. This summer the sandbags are gone, but now almost the entire backyard is filled with raised beds filled tomatoes, beans, squash, peppers, herbs and brassica. Most, or all, will find their way into pizzas and other menu items.

Utilizing local growers is just one aspect of a new effort by local chefs, the Madison Area Chefs Network, to share resources and also forge closer working relationships. The group is forming at a good time as the high quality of local Madison restaurants is starting to get noticed nationally, with neighborhood establishments Forequarter and A Pig In A Fur Coat winning recognition for their offerings.

The group, which meets monthly, is already planning an event in September in to showcase our local flavors. Yum Yum Fest, September 7 in Central park, will feature foods by 25 chefs, along with beer, wine and music. The admission only event will benefit Madison Parks.

A Pig In A Fur Coat Executive Chef Dan Bonanno says over six hundred tickets for the festival has been sold so far.

[Update – 07/07/2014, 9:44 am] Passage removed regarding comments relating to Restaurant Week and Taste of Madison. The characterizations was a paraphrase by the editor and should not have been in the final article in the original form. We regret the error.