District 6 Alder Marsha Rummel has announced she is formally asking Madison Metro to study the feasibility of moving the routes, although she said in a letter to the neighborhood that she has not decided whether she supports the idea.

In considering the request, Metro will conduct a route-by-route comparison, review bus stop locations, consult with City Operations staff on the impacts of the change as well as gather input from residents through a public outreach campaign. 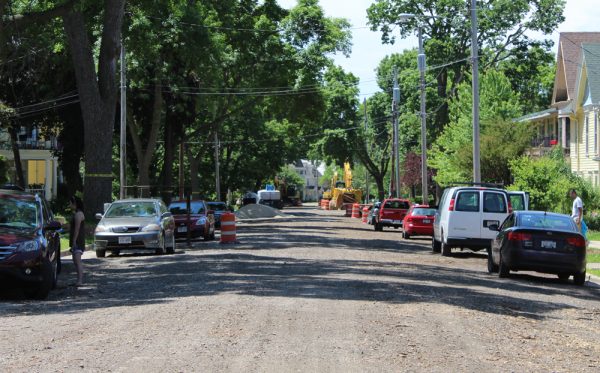 Jenifer Street in June in the early stages of reconstruction. Project is now at peak apocalypse.

Right now large swaths of Jenifer are just earthen piles as the City replaces the infrastructure that supports our modern comforts. In the run-up to this project, long discussions in the neighborhood debated the look and feel of Jenifer Street.

Neighbors fought hard for as many traffic calming changes to the street reconstruction that mostly were ignored due to the need for Madison Metro to maintain their break-neck schedules. After all the input was considered, the City of Madison Streets Division decided to narrow the street two feet, and install some traffic bump-outs, but not much more.

“During the MNA planning process, many neighbors on Jenifer complained about the speed of buses and traffic speed in general. In addition, neighbors adjacent to the timed stop at Ingersoll have shared concerns about buses blocking access to their driveways and reducing the visibility of vehicles and bicyclists which creates a dangerous condition when exiting their driveways,” Rummel wrote.

Most would agree that bicycles on Jenifer are almost on par with cars as the largest user of the now less-than tree-line residential conduit between Willy and Baldwin Street. But the narrowing will force buses, cars and bicycles to share the new road which just means the likelihood of accidents will increase. Surely the rate of honks and raised middle fingers will skyrocket. 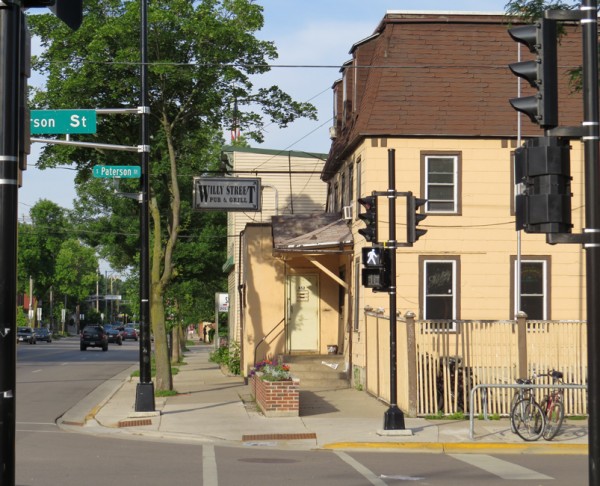 If the plan is approved, Metro proposes two permanent changes. The Paterson stop would be at the vantage point of this photo with the next stop at the Jenifer Street stop light one and a half blocks away.

The request to study the issue will be formally introduced at the Madison Transit and Parking Comission (TPC) meeting Wednesday, July 13 at 5 p.m. in room 201 of the City-County Building. The current tentative schedule for this issue will include an administrative step at the August meeting, a public hearing in mid-September and a final decision in October.

While the moving of the routes to Willy would possibly return more tranquility to a residential street, its questionable that Williamson can handle one more of anything now that every block is undergoing changes.

It’s true the bus routes would deliver more people to the places that they would most likely want to visit first in the neighborhood. However, parking for both businesses and the people who still live on the street is still a full-on daily scrum. Taking away precious curb space could exacerbate a problem that is already discussed endlessly with each new proposed housing project, restaurant, bar etc.

But what seems almost a non-starter now might just be inspired policy that will be reflected-on with reverence for years to come. It could be quite important to tell the TPC when they ask, “How was your summer in Willy Street?”

10 thoughts on “Willy Street May Become a ‘Bus-ling’ Corridor”