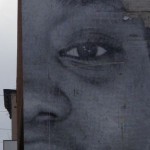 It is unclear if the renewal was a direct result of the announced agreement but City of Madison representatives were closely involved in helping to craft the deal. The agreement is still tentative and the MNA Board will consider whether to endorse at its meeting on Thursday.

The multi-point agreement calls for Plan B to move forward with additional exterior roof insulation which the affected neighbors on Jenifer Street had sought. The insulation would have to be installed in four months time and both the MNA and the neighbors will work with Plan B to hold fundraisers to raise $6,000 of the estimated $12,000 cost of the project. Steve Gallo, one of the noise affected neighbors, will oversee the bids for the roof insulation.

As part of the agreement, the neighbors will not oppose Plan B’s expansion of the club to the second floor, and specific design and construction requirements that Plan B must adhere to were included. Should the roof insulation not prove effective, all parties agree to continue to find new solutions that don’t involve ALRC action.

“Please join me in celebrating getting to a place a very long time coming where we can all embrace Plan B’s presence in the ‘hood” MNA President Michael Jacob wrote in an email to the neighborhood announcing the agreement.