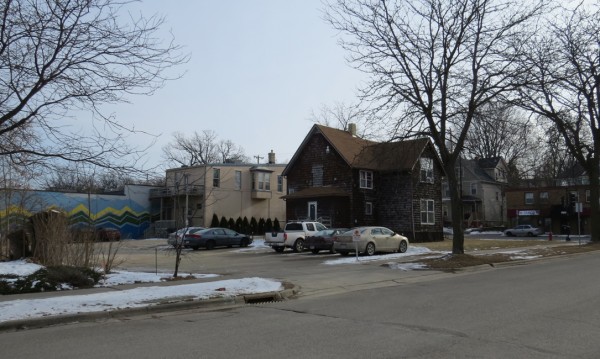 A rear view of the current property which likely would be covered entirely by the building, however no plans or renderings have been made public.

Rummel notes in a mailer to residents that the project would require two conditional use permits within the Traditional Shopping Street (TSS) zoning district upon which the property resides. The first use would be for a building with a height in excess of 40 feet and the second for a mixed-use building floor area greater than 25,000 square feet.

Like with past development proposals, it will be important to compare this project to the needs of the neighborhood, how it will fit with the current streetscape, does it comply with the BUILD II neighborhood plan and should another single-family home on Williamson be demolished. Last year Kohn sought permission to demolish another single family home at 1018 Williamson

For many years, the current house served as a day care facility. While the proposal adds density and more housing the quality of life, those multi-family units may be negatively impacted by Plan B. The residential floors of the proposed building will all be above the roof level of Plan B and only three doors down. 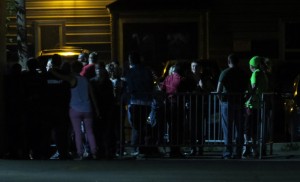 The Plan B smoking corral is the source of considerable noise for several blocks around and could impact quality of life for tenants in the proposed development.

It has been well-documented that bass vibrations escape the Plan B building and can be heard and felt at least two blocks away.

Despite a sound insulating treatment to the roof, partially funded by neighborhood residents, it has not improved the nighttime experience for residents around Plan B and many say that the bass thumping is much louder.

One can stand on Willy Street across from Plan B and barely hear the music, however the bass vibrations travel farther and are absorbed by the structures around it and are easily heard by residents inside those buildings,usually at the expense of sleep and quality of life.

Last week bass vibrations from Plan B could be clearly heard while walking on Jenifer Street. This would be acceptable during a neighborhood festival, but not nightly throughout the year.

It will be interesting to hear if Mr. Fortis plans to tell prospective tenants that they are likely to hear bass vibrations from the nightclub five nights a week from 10 p.m. to 2 a.m., along with loud talking from a large outside smoking area in the parking lot at the rear of the building.

[Update – 02/05/2015, 9:30 p.m.] Added Louis Fortis as the owner of the Gateway Mall. In an earlier version he was referred to as co-owner of the property used by Plan B nightclub. Fortis intended to purchase the property with Chuck Chvala but Chvala wanted to advance the project with his son instead. The purchase with Fortis was still in the works when the Plan B owners listed Fortis as an owner of the property on their Alcohol License application t he city..