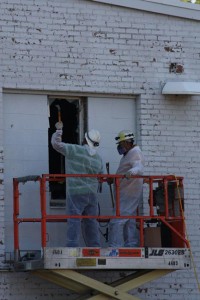 The new archives that will be built on this site by most accounts will be a great asset for the state and our local community. Materials are piling up all over the state and are in danger of being damaged in sub-par locations.

Once the facility is complete the Wisconsin Historical Museum and Veterans Museum will be combined into one new facility on the Capitol Square. The new archives building will store many of their collections until the new joint museum is complete.

While supportive of the project when it was announced, the neighborhood has been monitoring it since it would have to blend with the City of Madison’s plans to revitalize the Yahara River corridor which in some parts is already underway.

The Department of Natural Resources is not required to perform an Environmental Impact Statement (EIS); however the neighborhood and groups like the Midwest Environmental Justice Organization (MEJO) argue that this site has the potential to unleash unknown quantities of harmful contaminates into the Yahara River which from that point feeds three of Madison’s four lakes.

MEJO says a 1990s report prepared by a consultant who examined the site said that “sewer lines from the courtyard that was heavily contaminated with PCB and PCE ran to former the UST area and then directly discharged into the Yahara River.” There is additional concern that the storm water from the new site will be routed directly to the river without proper mitigation of contaminated soils.

Given the years long fight the Atwood neighborhood has had with Madison Kipp over the the plume of toxins that leaked into nearby properties (some argue it is headed for the city water supply) residents are nervous about the rushed nature of this demolition plan. 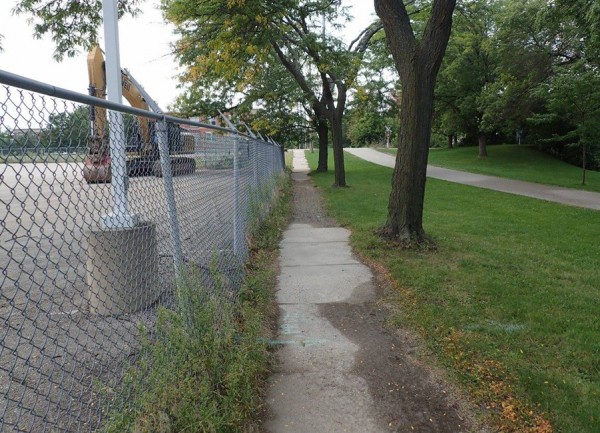 The light blue spray painted line on the path marks a sewer line that runs from the site to a open grate in the grass to the right. Residents are very concerned about contaminated site runoff with the Yahara river so close by. Courtesy: FB/DOA Demolition

In advance of a public meeting on the project last December, the MEJO responded to the EA, performed by Ayers Associates in 2013, in a letter saying that only limited testing of the site has been performed over the years and in too small of an area to be responsibly extrapolated as representative of the entire site.

The letter summarizes where more scrutiny and testing should occur:

For most of the summer, elected representatives of the area at all levels have been trying to contact the DOA including District 6 Alder Marsha Rummel, State Representative Christine Taylor, State Senator Fred Risser and U.S. Sentator Tammy Baldwin for anwers about the demolition process. 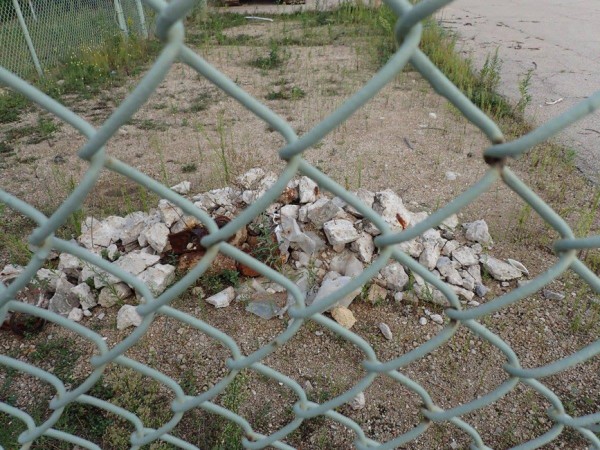 What is left of the location of electrical transformers which were cooled using PCBs. Diane Michalski Turner says that small levels of PCBs were found 40 feet away near a sidewalk. Courtesy: FB/DOA Demolition

In an August 26 letter to neighbors Taylor said that she and Risser contacted the DOA earlier this summer to discuss concerns but the the legislators agreed to hold off on a meeting since bidding for the project was still underway.

“After weeks of no response and follow-up emails from our offices to DOA, we finally received acknowledgment of our email to which DOA said that they were in the process of bidding for a general contractor, an MEP contractor and a demolition contractor for the project.  They said it would be “premature” to meet considering the bidding process was not complete.  DOA ignored our offices request for information and did not notify us after the bidding process was complete.

Fast forward to today when our offices were notified by several community members that DOA is planning to begin demolition on Monday, August 31.  It is totally unacceptable that they would notice and begin demolition with less than one week notice, given the community concerns regarding this project of which they are aware.”

Once the DOA did respond to inquiries they issued a one page memo that is light on specifics but contends that the project will have no major impact on the people or the environment in the immediate area.

To reduce dust and noise as much as possible DOA’s contractors will be taking the following precautions:

Dan Nordstrom, who lives in the 400 block of Dickinson, was able to reach DOA Spokesman Cullen Werwie by phone on August 28 and reported to the MNA listserv that Werie assured him that, “Your families will be completely safe.” He also reported that Werwie said that the “DNR will do everything it can to mitigate the harm.” 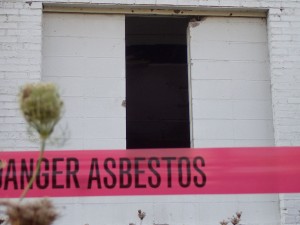 This warning ribbon stretches along the Capital City Bike Path. Workers have opened up most of the windows on this side of the building. Courtesy: FB/DOA Demolition

Diane Michalski Turner who lives next door to the site on Dickinson Street, reported to the listserv that there was no neighborhood notice of the demolition by mail or leafleting or any such blanket communication from the state. Michalski Turner also prepared this summary of the concerns that MEJO has about the toxins at the site.

Last week Rep. Taylor, Sen. Risser and Diane Michalski Turner (serving as a community representative) were able to meet with staff members from Ayres Associates and the Department of Administration (DOA) and the department admitted “missteps in failing to communicate with policymakers and community members adequately” according to a letter Taylor sent to neighbors.

Taylor also wrote that they were able to get answers to most of their questions but remain committed to ensuring continued communication as well as protecting the “safety of our community and environment.”

The DOA promised to respond this week with answers to the following “tasks” from Taylor and Risser:

This lack of notification and unresponsiveness goes beyond a simple miscommunication. The DOA’s slow-walking of a response to repeated inquiries by citizens, as well as city, state and federally elected representatives; juxstaposed against a surprise reveal of the demolition contractor only after the bid had been awarded and with minimum notice shows a lack of consideration for the citizens they serve.

The DOA and Ayres Associates may have a good plan to deal with the toxins at the site, but we are all quite skeptical. The tone set by our governor with his “shock and awe” approach to governance and his open disdain for the DNR, the environment and people who live in Madison is telling. 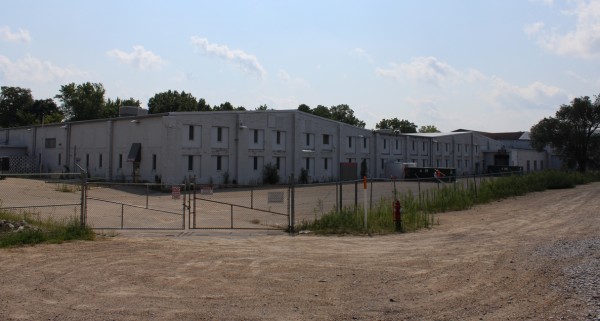 Dumpsters were in place August 31 as preliminary work on demolition began.

How are we supposed to believe his example has not permeated the DOA which from those dark days in early 2011 until recently was run by Chief Palace Guard Michael Huebsch who now occupies a cushy spot running the Public Service Commission?

While we are all excited that this modern facility will be there to preserve our heritage, we shouldn’t skimp on the process that gets us there. This includes a robust assessment and mitigation of possible hazards from 100 years of industrial history that currently exists at the site.