Plans submitted to Landmarks shows a layout very similar to Jolly Bob’s with seating for 40 and additional 17 at bar stools. Another eight could be seated outside. Inside capacity is shown at 74 with District Six Alder Marsha Rummel reporting a total capacity of 119. Buraka will be applying to the Alcohol Licensing Review Committee for a Class B combo liquor license with 30 percent alcohol to 65 percent food ratio.  END_OF_DOCUMENT_TOKEN_TO_BE_REPLACED 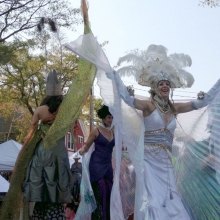